A Leader's Mood: The Dimmer Switch of Performance 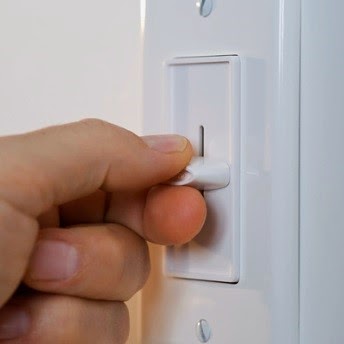 There is a concept in French which is called "Noblesse oblige". It means, roughly, that wealth, power and prestige go hand-in-hand with certain social responsibilities – in other words, with privilege comes duty. It is a privilege when we have the opportunity to lead a team of people, but with it comes many responsibilities, chief of which, some leadership pundits would contend, is managing moods.

In a Harvard Business Review article called Leadership That Gets Results, Daniel Goleman cites research which shows that up to 30% of a company's financial results (as measured by key business performance indicators such as revenue growth, return on sales, efficiency and profitability) are determined by the climate of the organization.

So what is the major factor that drives the climate of an organization? It's the leader: in Primal Leadership: Realizing the Power of Emotional Intelligence, Goleman states that roughly 50-70% of how employees perceive their organization's climate is attributable to the actions and behaviors of their leader. A leader creates the environment that determines people's moods at the office and their mood, in turn, affects their productivity and level of engagement.

Witness the number of times you may have driven home with an internal glow, reliving a positive encounter with an upbeat and supportive boss, perhaps savoring a "bon mot" about your performance that he or she left with you on a Friday afternoon. How great it made you feel, and how eager you were to get out of bed on the following Monday morning, and get back to the office to give that man or woman the very best that you had to offer. That's the "afterglow" that lingers and gives you renewed energy to be more productive, to bring your finest talents to work.


And think about the reverse of the afterglow – the aftermath, or bitter aftertaste. This is what Susan Scott, in Fierce Conversations: Achieving Success at Work and in Life, One Conversation at a Time, brilliantly calls "The Emotional Wake." That's what lingers with you after being the recipient of some acrid remarks from a leader in a negative mood. How did that affect your determination to overcome difficulties in a project, to keep your heart fully engaged in the process, to want to continue to give that person your very best game?

Leadership literature is full of studies attesting to the consequences of a leader's mood. One such study involved 62 CEOs and their top management teams and it showed that the more upbeat, energetic and enthusiastic the executive team was, the more co-operatively they worked together, and the better the company's business results. The study also showed that the longer a company was managed by an executive team that didn't get along well, the poorer the company's market returns.

Perhaps nowhere is a leader's mood more crucial than in the service industry where employees in a bad mood can, without fail, adversely affect business. In one of a multitude of such studies involving 53 sales managers in retail outlets who led groups ranging in size from four to nine members, it was found that when managers themselves were in an upbeat, positive mood, their moods spilled over to their staff, positively affecting the staff's performance and increasing sales. We can all take an inspiration from organizations such as Starbucks who place great value on the importance of creating a positive climate for employees which, in turn, ensures a pleasant customer experience and repeat visits. "We are always focused on our people" is an explicit statement to new recruits on the company's career site.

When we move the curtain a bit, we can see clearly that a leader's bad mood is a source of infection – an emotional contagion that eventually spreads across people to entire units. We can learn a thing or two from leadership in the military. Imagine the effect on troop morale and energy that an "overwhelmed", "anxious", "worried" or "irate" leader would have? And how about a leader who is plagued by uncertainty? "Indecision," as HA Hopf puts it, "is contagious. It transmits itself to others." It can become debilitating and habit-forming in an organization, as people take their cues from the leader's state of mind.

We could argue that the occasional bad mood, the occasional rant, on a bad "corporate hair day", is excusable. Often, we refer to this type of behavior with statements such as: "She can't control her temper sometimes, but she is so brilliant". Or, "He has an amazing mind but he has a tendency to shout at people when it's stressful." It is as though brilliance is an excuse for bad behavior. And it may very well have to be in some environments – but the message it sends to constituents is one of inconsistency, which is an undesirable trait in any leader. We want our leaders to be predictable because there is comfort and safety in predictability. Predictability engenders trust and an unpredictable leader elicits anxiety and, in some cases, even fear, both of which negatively affect performance and productivity.

Of course, no leader steps out of the elevator in the morning with an intention to spread a bad mood around but, as sure as there is gravity, events occur during the course of some days that can derail even the best among us. To be clear, we are not advocating that leaders turn into a shrink wrapped version, complete with false smiles and fake cheerfulness. Constituents spot a non-genuine smile anyway and are very adept at noticing when a leader infantilizes them.

There are, of course, no easy solutions to managing emotions on an hourly basis in the often difficult circumstances in which leaders must operate and make decisions. However, we can draw some advice from another Harvard Business Review article entitled Primal Leadership: The Hidden Driver of Great Performance. First of all, it's important to note that a leader's mood has the greatest impact on performance when it is upbeat. But it must also be in tune with those around him.

Goleman calls this dynamic resonance. "Good moods galvanize good performance, but it doesn't make sense for a leader to be as chipper as a blue jay at dawn if sales are tanking or the business is going under. The most effective executives display moods and behaviors that match the situation at hand, with a healthy dose of optimism mixed in. They respect how other people are feeling – even if it is glum or defeated – but they also model what it looks like to move forward with hope and humor." The operative threesome here is "optimism", "hope" and "humor". As someone once put it, leaders are dealers in hope.

So what are the specific recommendations? Your mood and behavior affects performance. How do you work on attaining the consistent, emotionally intelligent leadership behaviors that breed success in yourself and others? Here are a few other suggestions to consider that can improve your and your team's performance:


If you cringe at the whole notion of emotions in the workplace, including talk of empathy and compassion, intuition or discussions of emotional intelligence, I encourage you to reconsider this mindset. Hone your intuitive ability, and listen to those hunches that hint to you that something in your behavior and actions on bad days is causing a ripple effect on others. These are the whispers we try to dismiss when we elect to focus only on "rationality". Intuition is a precious tool worth including in our kit. Einstein put it best: "The intuitive mind is a sacred gift and the rational mind is a faithful servant. We have created a society that honors the servant and has forgotten the gift."

As the leader, you have in your hand the switch that can control the intensity of engagement of the people who do the work in your organization. It's like being a director in a movie: "The first work of the director is to set a mood so that the actor's work can take place" (William Friedkin, American movie and television director/producer.) A leader's upbeat mood metaphorically oxygenates the blood of followers – it's a transfusion into the corporate arteries. It may be one of the most potent contributions you can make as a leader. 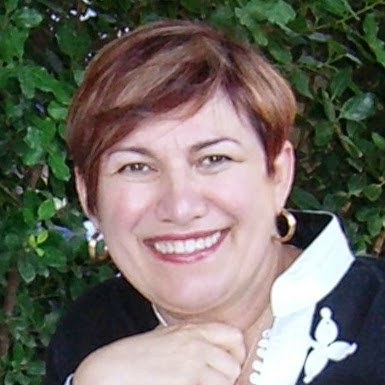 Djukic, the founder/owner of Life Dynamics, brings over 20 years of expertise in communication training, executive coaching, leadership development, team dynamics and organizational development to our clients.  She completed her Certification in Executive Coaching at The Carlson School of Management, University of Minnesota.

During her tenure at a Fortune 500 company, Phoenix experienced the benefits of meditation and mindfulness for stress management and improved creativity. Her book, Soul Vision: Living and Inspired Life, with Cornelia Schwarz, explores the strategies and benefits of meditation in business as well as the other areas of your life.

Posted by Certified Impact at 11:51 AM